On this page we display the situations of places and conditions that easily create environmentally concentrated contamination (become micro hotspot) and measured results of those places. (We will publicize the data gradually after July 2017).
Cesium 134 has a half life of 2 years, but cesium 137 has a half life of 30 years. Therefore, once radioactive substances fall and accumulate on the ground, and the radiation is left alone, the place becomes micro hotspot. The cesium will continue to produce the radioactive ray.
When the radiation is spread out or diluted by wind and water or when they are decontaminated by cleaning,① the place is no longer a micro hotspot. Contamination can concentrate to create even higher contamination level, so places that have been contaminated by radiation should be measured and be checked if they are micro hotspot. When the contamination is highly 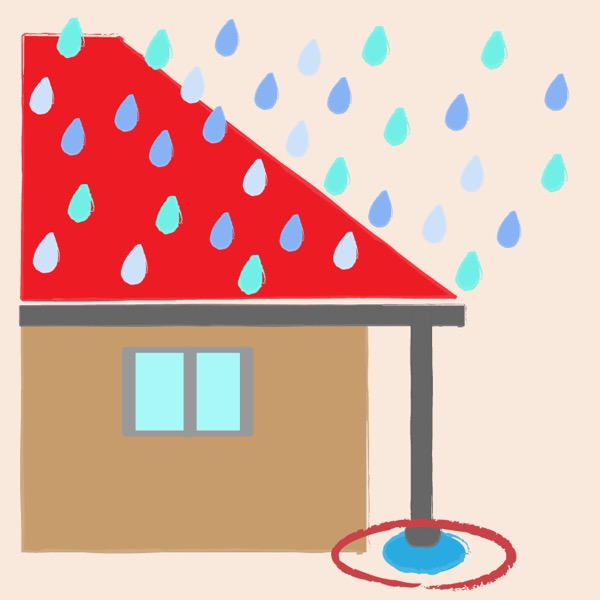 Radiation accumulates directly under the rain drainage because of the rain or snow that contain radiation and also radioactive substances that had accumulated on the roof that went down though the drainage. There is a greater tendency of having high contamination level especially when there is no drainage ditch and the contamination sank into the soil or the concrete. 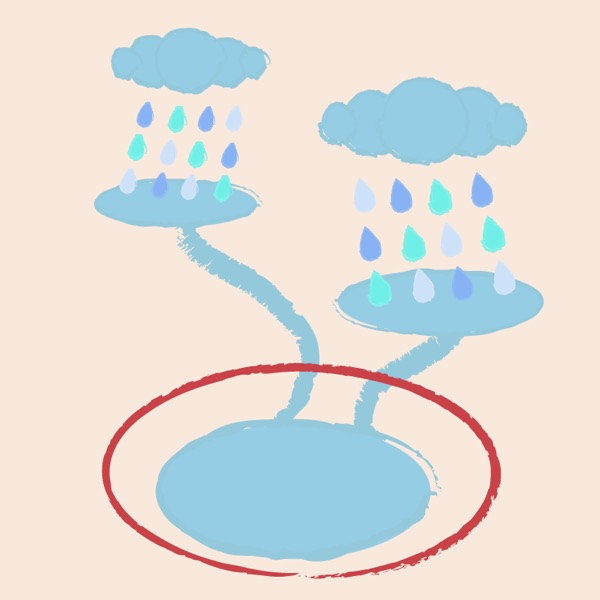 Radiation are concentrated in places that water gathers such as puddles due to the rain and snow that contains radiation. When there are more water gathering due to a dip on the road and so on, there is a tendency that the contamination level becomes even higher.


3. Soil on the roadside 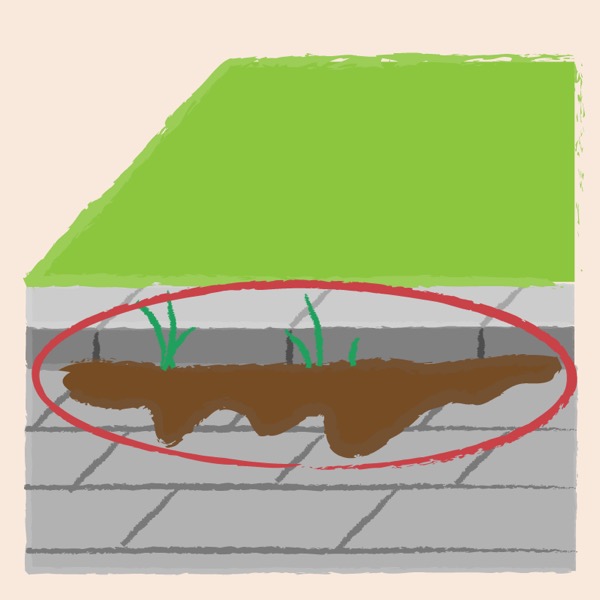 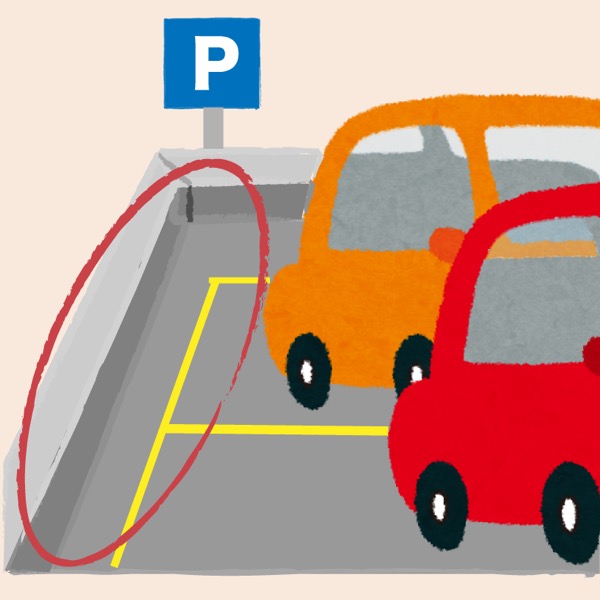 Radiation that had fallen onto the large surface area of parking (concrete surface) are move to lower area or downwind by rain and wind. Therefore, there is a tendency that parkings have highly contamination in particular areas. 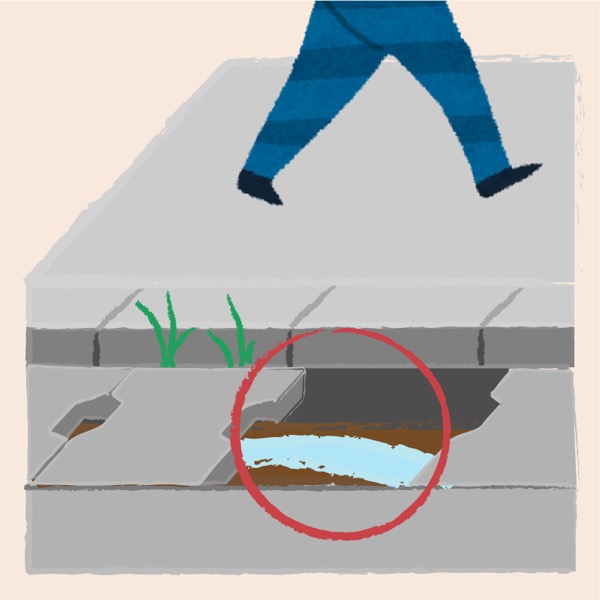 Inside of gutter showed especially high radioactive contamination due to the sewerage and sludge that have poured in from large area. It is recommended to measure the level of contamination before cleaning those places if the surrounding area has been contaminated. 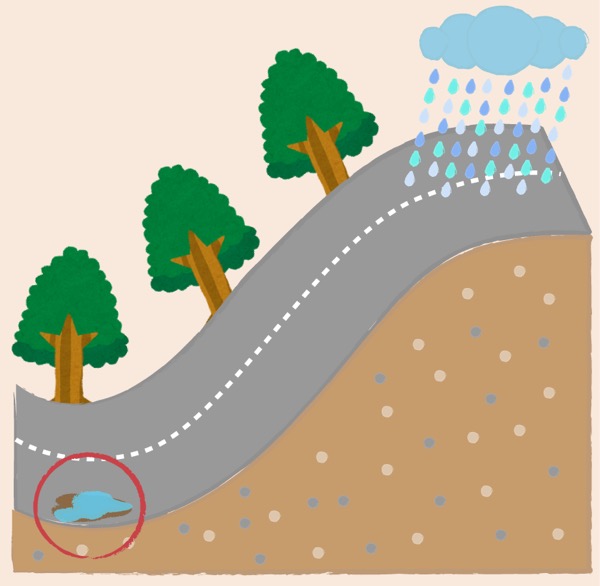 There is a tendency that lower part of slopes has high concentration of radiation especially when the area easily gathers water and mud. In highly contaminated areas, we need to be cautious about drifts of radiation. 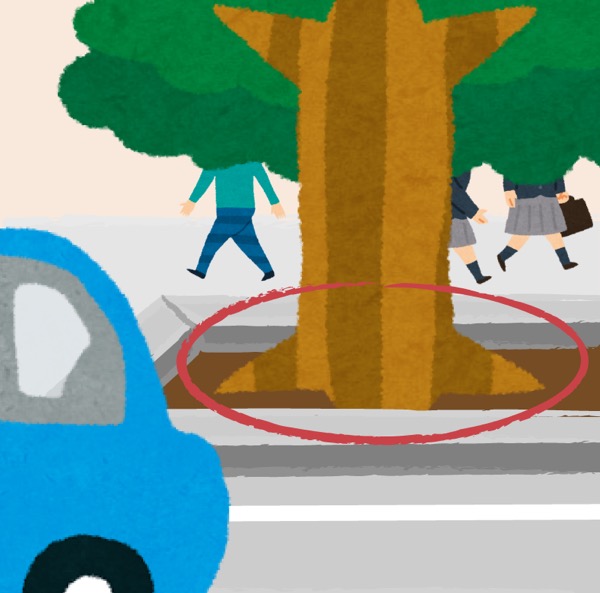 Planters are one of the places where the concentration of radiation occur easily due to water with radiation being blocked inside in the planter. After the nuclear power plant’s accident, there is a high possibility that planters have not had the soil or the plant changed which creats high accumulation of radioactive substances. 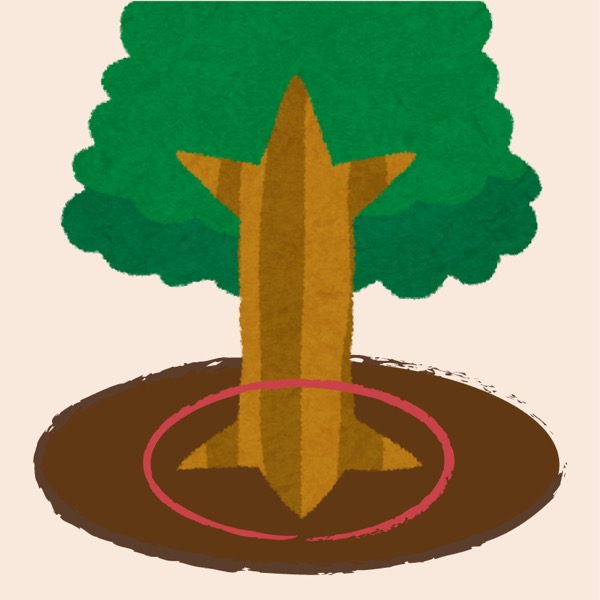 Near roots of trees are one of the places that had high concentration of radiation easily because leaves and brunches accumulates radiation that are carried by the rain and the snow.


9. Side of Walls or buildings 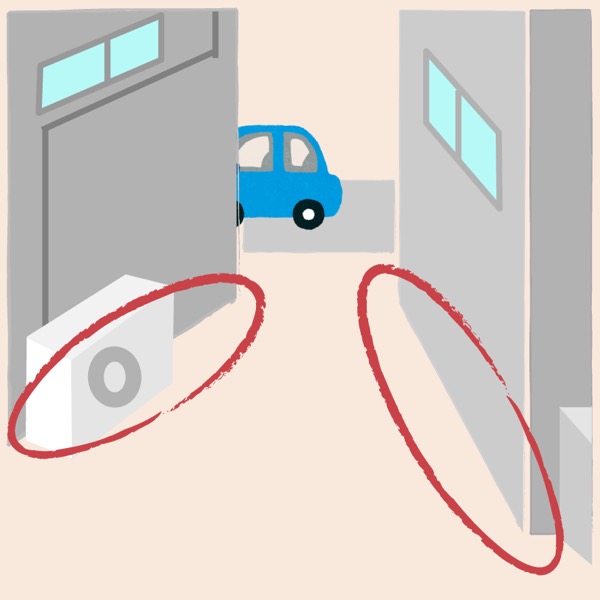 Radiation on walls got washed by the rain and the snow and fallen into small space. Walls also created drift for rain and wind so that highly concentration of radioactive substances occurred easily. 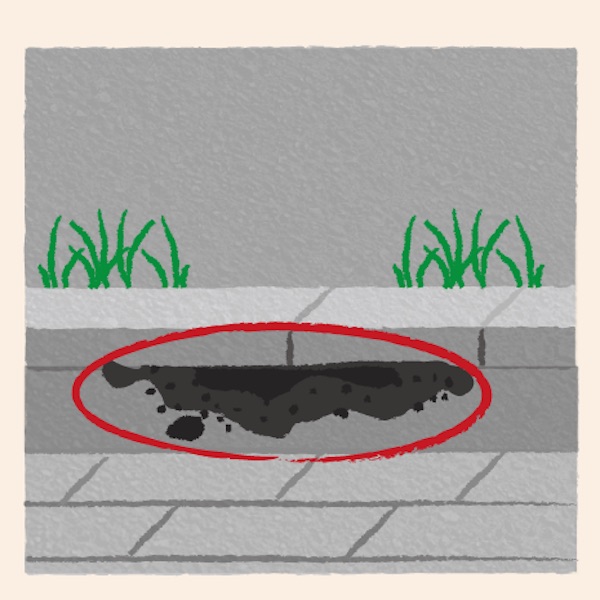 Lichen and aglae concentrated radioactive cesium from its surroundings. When they become dry the contamination level can become really high. You can find them besides car parks and it looks like accumulation of black thin layers. 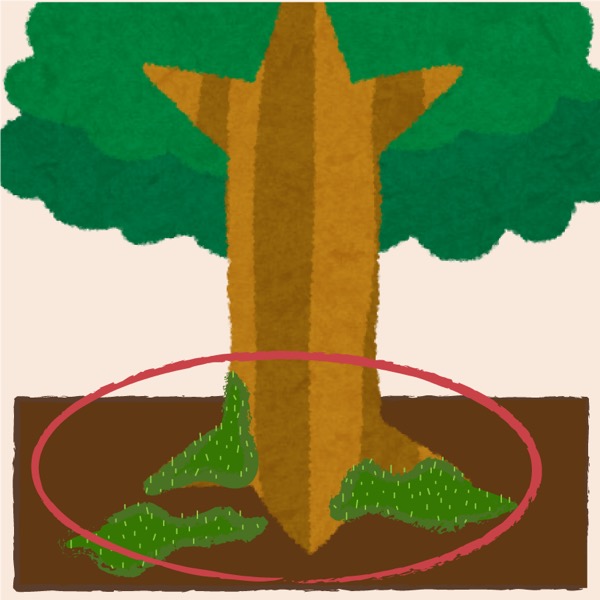 Moss has tendency to accumulate radioactive substances and have high contamination level. 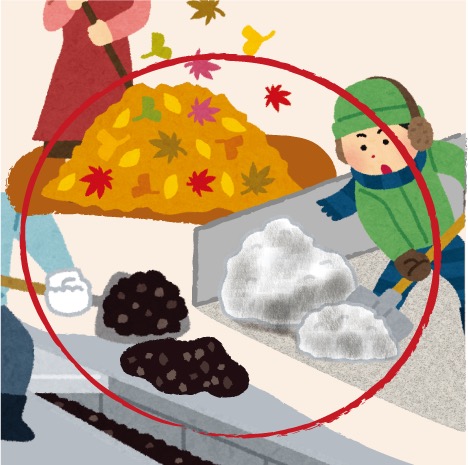 In daily lives sometimes radiation gathers or concentrates without intention. Rise or concentration in dose of radio activity in air happen easily by gathering mud from gutter, sweeping and gathering fallen leaves, shoveling snow on the roads and so on.